Swanswell Gate, one of twelve medieval gatehouses built into the city wall, completed in the fifteenth century. © Paul Gardner

‘All Along the Watchtowers’ is the inspiration of architect, Luke Bryant, a trustee of the Medieval Coventry charity. Luke created the work for his BArch degree and received a RIBA Bronze nomination for its impetus in reviving pride in the city.

The project centres on revitalising forgotten aspects of Coventry’s unique, diverse industrial and cultural past in an exciting and innovative way. As such, it involves creating sculptural structures on former gatehouse sites.

The destruction of the twelve medieval gatehouses, marking the perimeter of Coventry for centuries, epitomises the city’s disconnect with its past. On these twelve sites, symbolic structures (renamed ‘watchtowers’ to emphasise observation) would be rebuilt to commemorate the main marker points of Coventry’s history through time.

The architectural language of each watchtower is inspired by their individual theme and compelling narrative. The relationship between the structures is important; a sandstone path referencing the medieval wall guides pedestrians and connects the watchtowers, which engage visitors with their evocative stories.

Architecture is the catalyst, as it facilitates and encourages interaction: interaction with each other, and with the past. The watchtowers reinstate a sense of collective identity to Coventry and celebrate the city’s rich history. 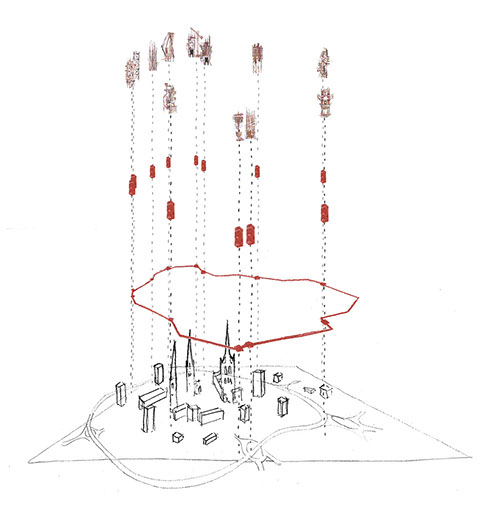 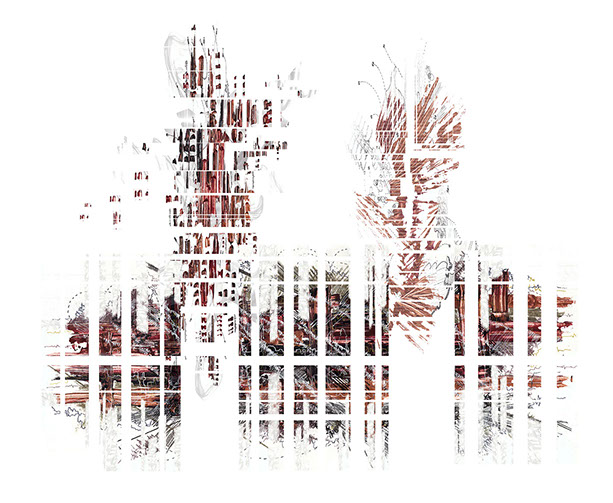 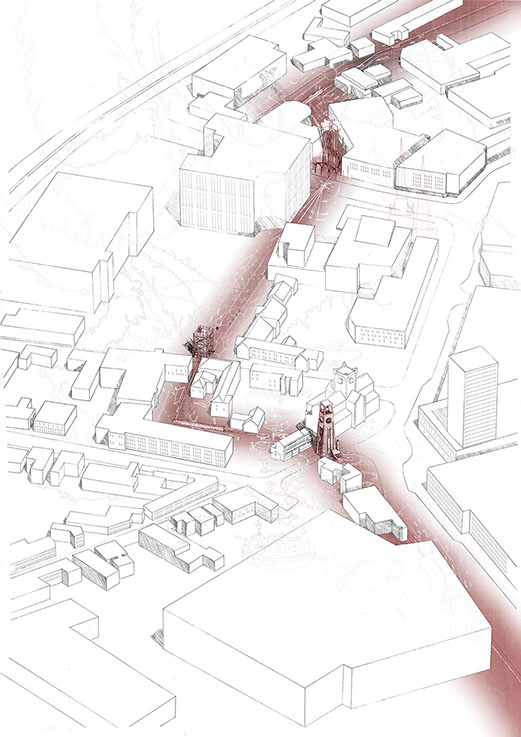 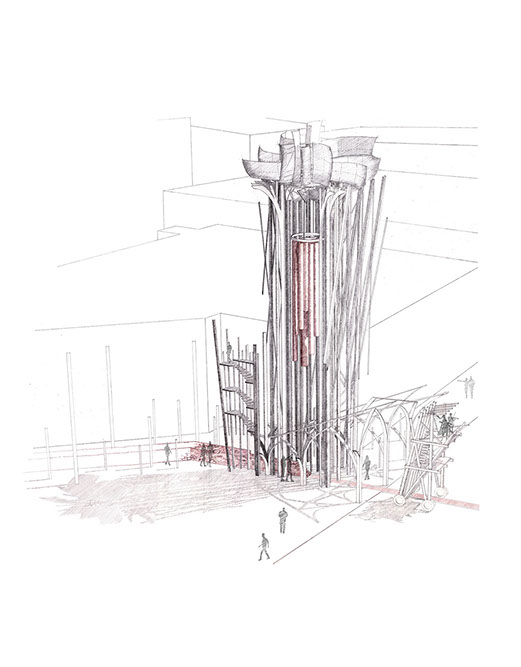 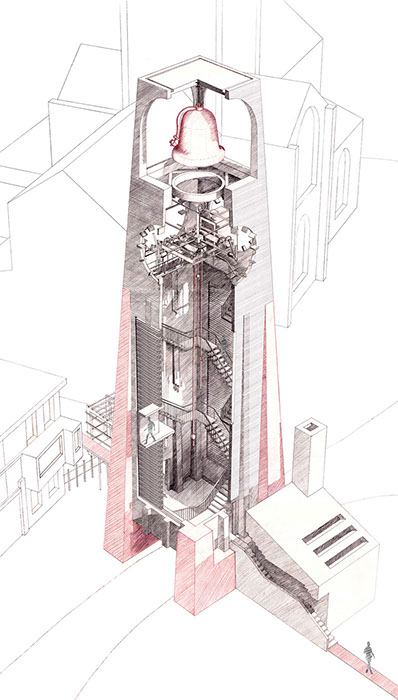 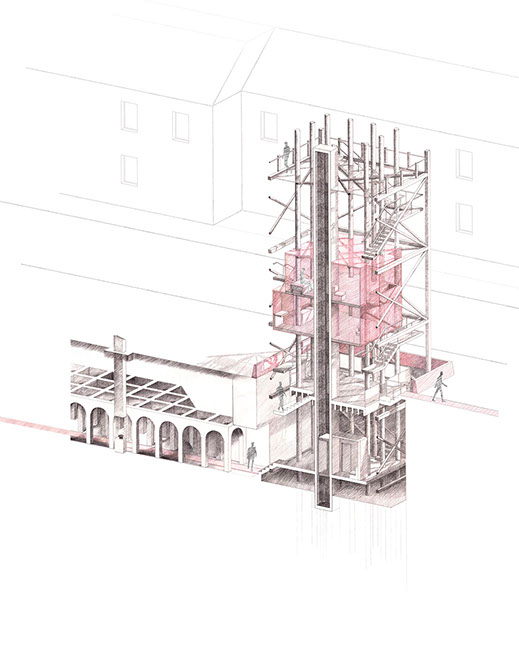 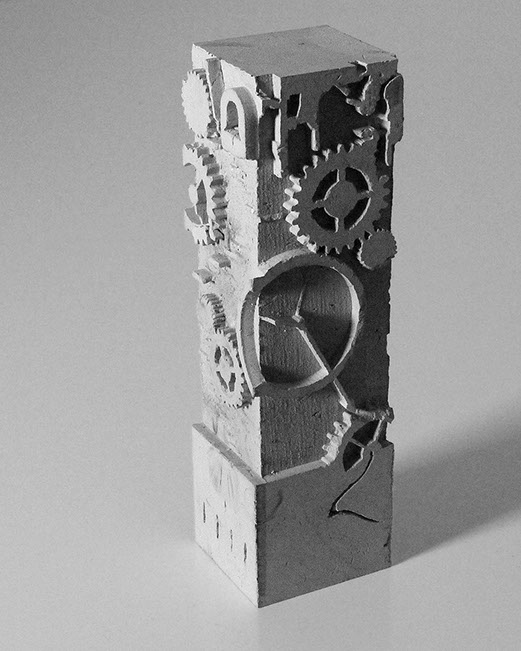 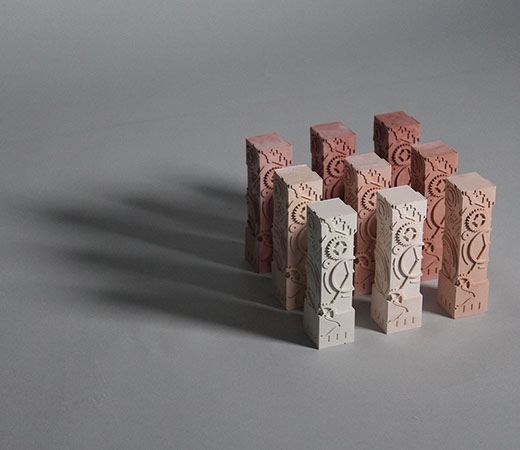 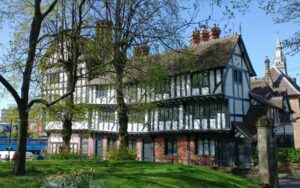